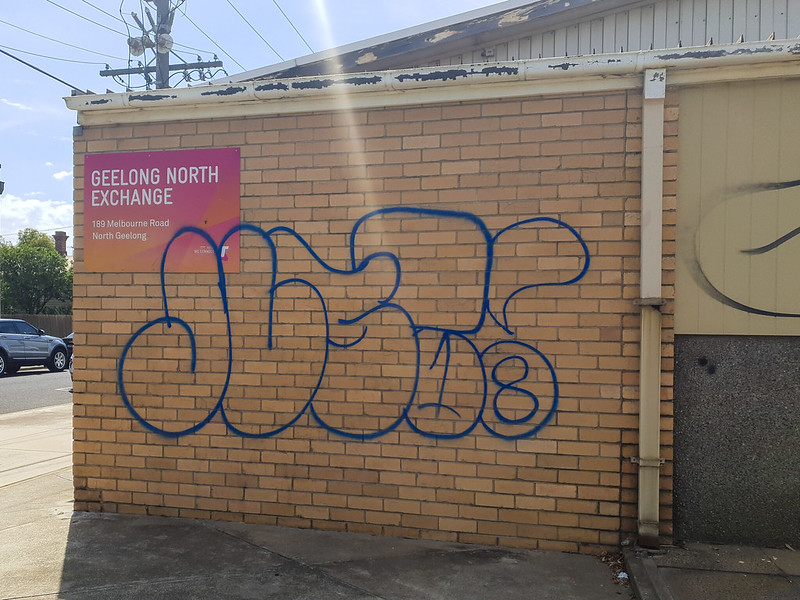 END_OF_DOCUMENT_TOKEN_TO_BE_REPLACED

In November, the Geelong Advertiser reported on the graffiti along the Melbourne Road shopping strip. It was so noticeable that Glenn and I made a special trip to get photos of it in July. Earlier in December, Jony Dee did a piece that covered up the worst of it on this shopfront. There were other tags but they were gone a week later when I did shopping nearby. 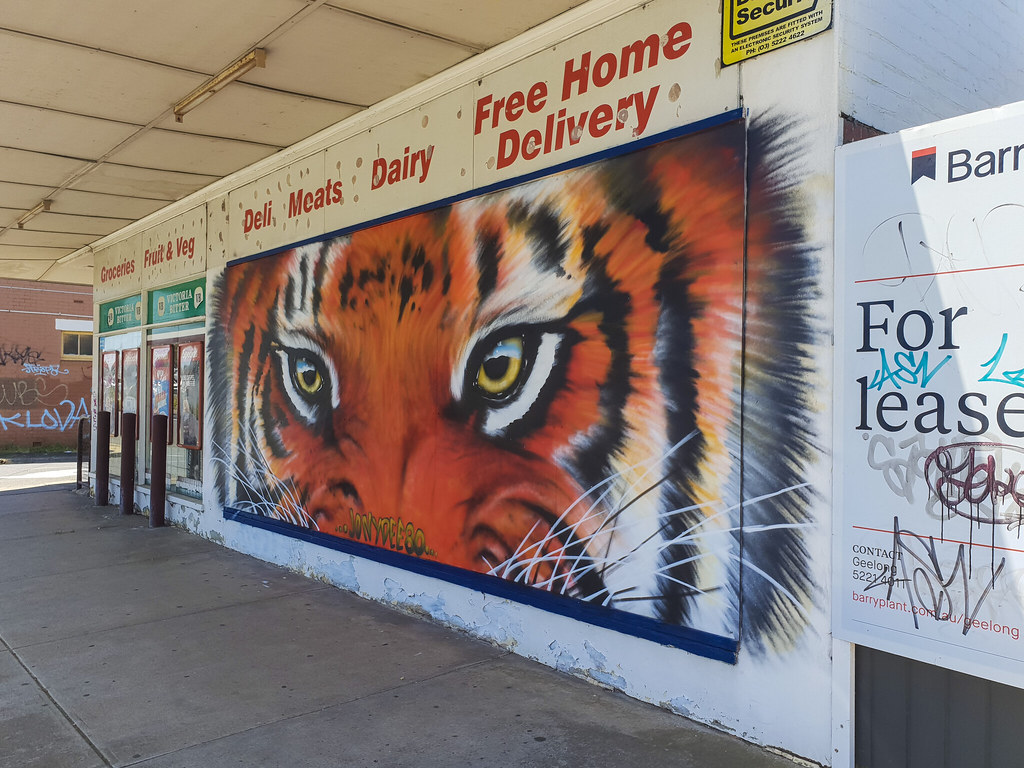